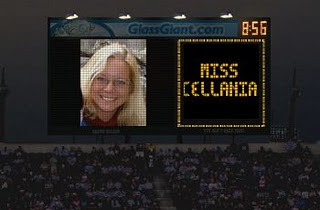 Wish a Friend a Happy Period!

Anita Renfroe has a version of Beyonce's hit song and video for the older generation. Behold the magnificence of Wrinkled Ladies.

Watch as Boeing builds a 737-700 for Southwest airlines in only 2.5 minutes in this time-lapse video. This particular plane is named the Florida One, for its artwork featuring the state flag.

Sony`s Eye Candy Demo Reel. I'm not exactly sure what this is trying to sell me, but it sure is pretty.

Spend a few minutes in the 1960s. This is like coming home for some of us, or like an entirely different planets for younger folks.

The Top 12 Things Uttered by Yoda During Sex.