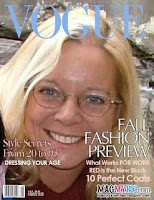 Thrilling Tales of the Downright Unusual might keep you busy all weekend. The Toaster with Two Brains has to be the story title of the decade. (via Dark Roasted Blend)

Awesome Elderly Dancing Man. This is how you keep your joints in shape and keep the young folks watching as you get older!

10 Songs for Science Nerds. You can listen to each in their entirety, whether you are a science nerd or not.

Proof that Google indeed has a sense of humor.

An excited dog named Sparky tap dances for his food. This proves anyone can dance, no matter how short your legs are.

The lovely story of how ZeFrank and friends collaborated to make a depressed young woman feel better. The resulting song will make you feel better, too! (via b3ta)

The Drunken Moogle is a site at the intersection of alcohol and video games. It contains game-themed recipes for drinks both enticing and disgusting.
Posted by Miss Cellania at 5/04/2010 06:08:00 AM