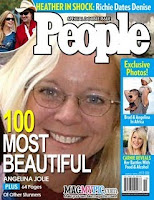 The latest incident of how an online community can band together to help someone in the real world involves Metafilter members who kept two Russian girls from becoming sex slaves when they arrived in the US. The thread unfolds like a movie script. (via Boing Boing) Newsweek has more.

A piece of computer coding can take a hit song and turn it into a swing tune by adjusting the beat ever-so-slightly. So now we can cut a rug to the strains of Guns'N'Roses and Journey! (via Metafilter)

The female of the argonaut species of octopus produces a thin shell called a paper nautilus. Scientists have pondered the purpose of these shells for thousands of years, and now have a video of what they do with it.

What would happen if a tropical storm hit the oil floating in the Gulf? It depends on the storm, and exactly where it meets the oil.

Kim Jong Il, the director he kidnapped, and the awful Godzilla film they made together. This story is too weird to be fiction, so it must be true!

The Atlantic compares the wealth of all 43 men who have held the office of US president, adjusted to the current value of the dollar. You might be surprised how many in the past started out, or ended up, with nothing. (via TYWKIWDBI)

Yep, a little explosion of Kentucky sunshine in your nose. Walker Percy wrote about bourbon in a way that will make you take a new look at the whiskey and everything it represents. (via Metafilter)

Just like your mother told you, Discipline Outdoes IQ in the Long Run. Which is a great thing, because anyone who wants to can work hard.
Posted by Miss Cellania at 5/25/2010 05:39:00 AM