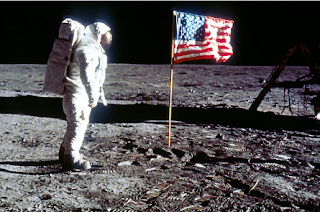 This weekend through Monday, television and the internet will be full of commemorations of the Apollo 11 moon mission, in which Neil Armstrong and Buzz Aldrin became the first humans to walk on the moon’s surface. But those who weren’t yet born when Apollo 11 launched don’t have the context of that time period, which helps to understand how awed and inspired we were by the accomplishments of the Apollo astronauts and by mankind in general in July of 1969. Take a trip back in time with this article I wrote for mental_floss.
Posted by Miss Cellania at 7/16/2009 08:34:00 AM