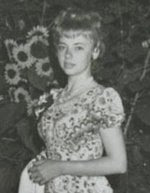 In 1971, Juliane Koepcke was the sole survivor of a plane crash that killed 91 people over Peru. She fell two miles and landed in the rain forest. The 17-year-old Koepcke then walked for ten days through the jungle to find help.

As she travelled downstream, Koepcke discovered more wreckage from the plane -- and found some of the crash victims.

"I found another row of seats with three dead women still strapped in. They had landed head-first and the impact must have been so hard that they were buried almost two feet into the ground.

"I was horrified -- I didn't want to touch them but I wanted to make sure that my mother wasn't one of them. So I took a stick and knocked a shoe off one of the bodies. The toe nails had nail polish on them and I knew it could not have been my mother because she never used nail polish."

Juliane continued through the rainforest, wading through jungle streams infested with crocodiles, piranhas and devil rays.