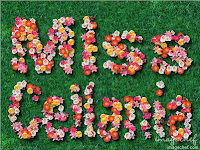 What if the internet was a musical? It would be called Web Site Story, and would make you snicker at its cleverness.

Oceansize is a beautiful and horrifying student film. Exactly the kind of thing 3D animation was meant for.

Have you ever seen a guy jump out of a helicopter into the ocean to catch a huge game fish with his bare hands? Well, you're in luck today!

5 Pathetic Groups That People Think Rule the World. A primer to keep your worldwide conspiracies straight.

There, I Fixed It collects evidence of "adventures in home pwnership". As scary as these repairs are, they show the genius of making do with what you have.

6 New Personality Disorders Caused by the Internet. I run into at least one of each of these types every day. (via Gorilla Mask)

The Tale of How is a gothic opera about birds menaced by a sea monster. The animation is creepy and beautiful.

20 Ridiculous Signs, made to spread information or produce smiles. Nice to know that you can't depend on licorice to work.
Posted by Miss Cellania at 7/02/2009 08:50:00 AM