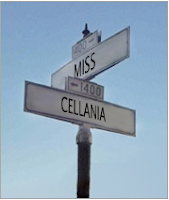 We're shockingly bad at noticing changes even to familiar scenes. This is called "change blindness", which has nothing to do with the fact that a dime is used for an example.

The top 10 plants for removing indoor toxins. Three of these are thriving in my home -how about yours?

A newspaper promotion in 1904 got out of hand when treasure hunters dug up a big part of London and other English cities. The madness continued until the newspaper was hauled into court. (via Metafilter)

4 Holy Women Transformed by Cheese. Where in the world do you find such a strangely-focused list? Why, mental_floss magazine, of course.

The final shame: burying a body face-down means humiliation, worldwide and through thousands of years of history.

Where are they now? Serial Killers. This had to be the easiest "Where Are They Now" post ever.

An infographic detailing The Descent into Credit Card Debt. It looks bad, but it's still a better route than check-holding schemes.
Posted by Miss Cellania at 7/01/2009 06:04:00 AM

Wow! Like you can look right into the future!

I really don't know how that happened. Must be magic!