Links to Learn Something 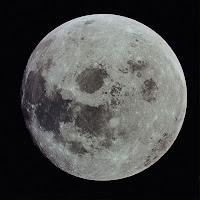 The biggest full moon of 2009 will be visible this weekend. When the perigee Moon is near the horizon, an illusion mixes with reality to produce a truly stunning view.

Some Protect the Ego by Working on Their Excuses Early. When you have a built-in reason for failure, the rare victory is even sweeter. (via Lifehacker)

A class action lawsuit by residents of the Amazon may cost Chevron up to 23 billion dollars! No one disputes that Texaco (which was later acquired by Chevron) left an environmental mess in Ecuador; the question is who is legally responsible for rectifying it.

The hacker who infiltrated Twitter a few days ago explains the very simple way he did it. The lesson learned: don't make your passwords so easy to guess, especially if you administer a social network site.

The Washing Machine That Ate My Sari. When it comes to developing successful products and services for a global market, there is an almost infinite number of ways to get it wrong. Also see Cross Cultural Marketing Blunders. (via Metafilter)

9 Methods for Mastering Your Money in 2009. Commonsense advice with tips on getting these things done. (via Consumerist)

Despite DNA technology, it's harder to solve a murder than ever before. Factors on both sides of the law have causes a drastic drop in the case clearance rate.
Posted by Miss Cellania at 1/10/2009 06:37:00 AM