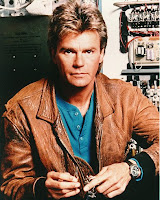 The 5 Most Amazing Real Life MacGyver Moments. We laughed when MacGyver did it, but gape in awe at real-life heroes who fashioned amazing things out of nothing.

Meet the People Who Made Your Clothes. The "made in..." labels don't tell nearly enough of the story.

Taking a walk in the country can do wonders for your short term memory. But only if you remember to do it.

The Mystery of Borderline Personality Disorder. An inability to calibrate one's feelings and behavior baffles psychologists and leads to a 10% suicide rate among sufferers.

1300 girls defy the Taliban to attend school in Kandahar, despite an attack on 11 students and four teachers that left some scarred for life. There's nothing in the world more threatening than a woman who can take care of herself.

The lowest blood oxygen levels ever recorded were taken by, and from, healthy doctors near the peak of Mt. Everest. Their findings could lead to savings patients who are at risk of sudden blood oxygen deprivation.

Six Kids Who Made the World a Better Place. Not just for their friends and family, but for everyone.