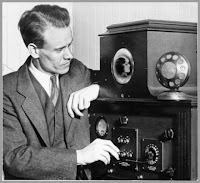 Please Don't Divorce Us. A large and growing Flickr set in reaction to California's Proposition 8.

Mystery of the Brain: a blind man navigates an obstacle course perfectly with no visual awareness.

It's Cheaper to Keep Her. The recession and economic turmoil is creating a new class of casualties: Married couples who can't afford to get divorced.

People say they understand their pets' language, and vice versa. Pets have no comment at this time.

Some things about traffic that may surprise you. Excerpted from the book Traffic: Why We Drive The Way We Do by Tom Vanderbilt. (via Look at This)

The White House is still working to gut environmental legislation with a policy that prohibits controls on greenhouses gases for coal-fired power plants. The incoming administration can change that, but it will take time.

Men may flirt with risk because they think it will help them score women. That'll only work if they don't get killed first.

The Top Ten Dinosaur and Fossil Finds of 2008, from National Geographic. It's been a bizarre year for paleontologists.