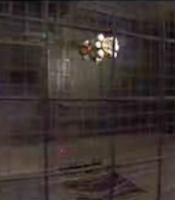 An inside view of the Iraq War. CNN journalist Michael Ware spent most of the last six years in Iraq, where we was shot at, hunted, blindfolded, and stuffed into the back of cars, marked for death, and kidnapped

Tycho Brahe had an extraordinary brain. He also had a golden nose and a drunken moose.

Should You Switch to LED Christmas Lights To Save Money? It all depends on how you use them and take care of them. (via Geek Like Me)

Reddit members matter-of-factly tell of their experiences in prison.

The Unforgettable Amnesiac. Henry Gustav Molaison lost a critical part of his identity, but gave us a wealth of information about how the human brain works.

Light Graffiti as seen through the eyes of 20 different artists and photographers. Guaranteed to make you want to go out and try this, too!