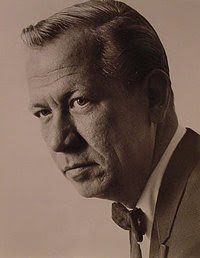 Veteran character actor Allan Melvin died Thursday at his home in Los Angeles. He was 84. Or 85. You know how Hollywood is.

You may know Melvin best as Sam the Butcher from The Brady Bunch TV show. But that was only one of many roles. He got his show biz break on The Phil Silvers Show in the mid 50s, and was working until the mid 90s. Melvin was Sgt. Bilko’s sidekick Corporal Henshaw, Archie Bunker’s neighbor Barney, and played several roles on The Andy Griffith Show. He also had recurring roles on The Dick Van Dyke Show, The Flintstones, Perry Mason, Gomer Pyle, U.S.M.C, and guest spots in a dozen more. His voiceover work can be heard in the animated series Magilla Gorilla, Scooby-Doo, Popeye and Son, and more. You'll find a list of his roles on IMDb. Even if you never knew his name, you know who he was.
Posted by Miss Cellania at 1/19/2008 08:33:00 PM