One too many links 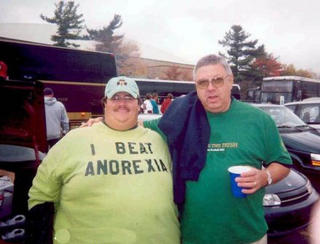 The joy of North Korean propaganda. This stuff is funny! Don’t forget to try the “Insult Generator” on the right side of the page.

I had to peel my kids away from this one. The Evil Clown Generator.

How to play Rock, Paper, Scissors with seven gestures

There are good reasons for some police procedures. This video can be filed under “I Told You So”.

Don’t let the title fool you. Score Her is dating advice for men FROM women. Some good stuff here, and some awful stuff, too.

Tell how you REALLY feel with demoticons.

This game is kinda nice in its place. Not very interactive. You push one button and see how long it can go. Like a slot machine. But its nice for mindless meditation, however oxymoronic that seems.

Hoops and Yoyo is a division of Hallmark that has clever interactive ecards you must take a look at! Here’s a sample.

Holy Moly... this is about as obnoxious as its gets. The American Racist, Asian episode. Offensive, confrontational, and thought-provoking.

Have you been keeping up with The Traveling Guys? They've started their world tour on the US Gulf Coast, helping with relief and reconstruction.

There are a million name generators out there, but The Cyborg Name Generator uses some cleverness that you can actually see. The results make your name into an acronym!

The following are questions and answers from "Hollywood Squares" when it was broadcast in the 1970s. It's an irreverent look back at humor that has managed to stand the test of time.

If you're going to make a parachute jump, you should be at least how high?
Charley Weaver: Three days of steady drinking should do it.

True or false. A pea can last as long as 5,000 years.
George Gobel: Boy, it sure seems that way sometimes.

You've been having trouble going to sleep. Are you probably a man or a woman?
Don Knotts: That's what's been keeping me awake.

According to "Cosmo," if you meet a stranger at a party and you think he's really attractive, is it okay to come out directly and ask him if he's married?
Rose Marie: No, wait until morning.

Which of your five senses tends to diminish as you get older?
Charley Weaver: My sense of decency.

What are the two things women should never do in bed with their husbands?
Paul Lynde: Point and laugh.

Paul, can you get an elephant drunk?
Paul Lynde: Yes, but she still won't go up to your apartment.

In Hawaiian, does it take more than three words to say, "I love you"?
Vincent Price: No, you can say it with a pineapple and a twenty.

As you grow older, do you tend to gesture more or less with your hands while you are talking?
Rose Marie: You ask me one more growing older question, Peter, and I'll give you a gesture you'll never forget! 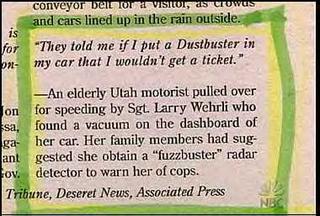 According to "Parade" magazine, on what night of the week is a woman most likely to be molested?
Rose Marie: With my luck it's tonight and I'm working.

In the Arctic, the most fearsome animal is the polar bear. What is the only thing a polar bear is afraid of?
Paul Lynde: A lonely Eskimo!

You've just decided to grow strawberries. Are you going to get any during your first year?
Charley Weaver: Of course not, Peter. I'm too busy growing strawberries.

Prometheus was tied to the top of a mountain by the gods because he had given something to man. What did he give us?
Paul Lynde: I don't know what you got, but I got a sports shirt.

True or false. Experts say there are only seven or eight things in the world dumber than an ant.
George Gobel: Yes, and I think I voted for six of them.

In a survey of teenage mothers, most of them said they were listening to this when they got pregnant. What is it?
Paul Lynde: A pack of lies.

It is considered in bad taste to discuss two subjects at nudist camps. One is politics. What is the other?
Paul Lynde: Tape measures.

Can boys join the Camp Fire Girls?
Marty Allen: Only after lights out.

When you pat a dog on its head he will usually wag his tail. What will a goose do?
Paul Lynde: Make him bark.

According to Amy Vanderbilt, what is the maximum length of time you and your fiancé should be engaged?
Rose Marie: Engaged in what?

If you were pregnant for two years, what would you give birth to?
Paul Lynde: Whatever it is, it would never be afraid of the dark.

According to Ann Landers, is there anything wrong with getting into the habit of kissing a lot of people?
Charley Weaver: It got me out of the army!

It is the most abused and neglected part of your body—what is it?
Paul Lynde: Mine may be abused but it certainly isn't neglected!

What do you call a pig that weighs more than 150 pounds?
Charley Weaver: A divorcee.

Back in the old days, when Great Grandpa put horseradish on his head, what was he trying to do?
George Gobel: Get it in his mouth.

Who stays pregnant for a longer period of time, your wife or your elephant?
Paul Lynde: Who told you about my elephant?

According to police, if you are being molested, other than yelling, "Help!," what is the best thing to scream?
Rose Marie: "More!"

When a couple has a baby, who is responsible for its sex?
Charley Weaver: I'll lend him the car. The rest is up to him.

Jackie Gleason recently revealed that he firmly believes in them and has actually seen them on at least two occasions. What are they?
Charley Weaver: His feet.

Do female frogs croak?
Paul Lynde: If you hold their little heads under water long enough.

You're a 71-year-old man who has lost interest in sex. Does your doctor have anything to help you?
Charley Weaver: No, but his nurse does.

You'll most likely have to click on this ^ to enlarge.

If you have read this far and like this blog, go to this site and vote for Miss Cellania for Best Comedic Site for September by leaving a comment. Thanks!

Hey, I have enjoyed...your blog is informative - even entertaining.

I have a halloween sites. They pretty much covers costumes and masks related stuff.

Thanks again and I'll be sure to bookmark you.

I love all these little bits and pieces you put in here. The clown generator thing was freakishly scary.

Have you tried to change your website into different dialects? The site is here:http://www.rinkworks.com/dialect/
just plug in the address to your site. It's hysterical.