A friend sent me a list of amazing facts (Thanks, Varun!). Whether they are really true is not the point, and I don’t have time to check them out. I’ll just pass on the list with my personal reactions in red.


AMAZING FACTS EVERYONE SHOULD KNOW

The word "queue" is the only word in the English language that is still pronounced the same way when the last four letters are removed.
How about AAIIIEEEEEE!

What is called a "French kiss" in the English speaking world is known as an "English kiss" in France.
In my life its known as “Ancient History”!

"Almost" is the longest word in the English language with all the letters in alphabetical order.
Thats almost right.

"Rhythm" is the longest English word without a vowel.
And with two syllables at that!

A cockroach can live several weeks with its head cut off!
Researched thoroughly by Ted Bundy and Jeffrey Dahmer.

Human thigh bones are stronger than concrete.
That fact doesn’t help a bit when you drop a concrete block on your lap.

You can't kill yourself by holding your breath
A fact very useful to the parents of any 4 year old. They all try.

There is a city called Rome on every continent.
Its like a suggestion. They just want you to leave.

The skeleton of Jeremy Bentham is present at all important meetings of the University of London
Maybe because they meet in the anatomy lab?

Right handed people live, on average, nine years longer than left-handed people
Its those scissors! They are killers!

The elephant is the only mammal that can't jump!
And aren’t we all glad of that!

Like fingerprints, everyone's tongue print is different!
Maybe thats why there are so many different names for the french kiss. 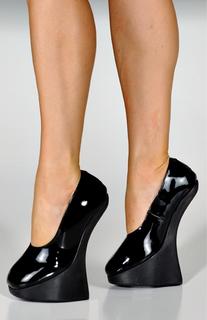 Fingernails grow nearly 4 times faster than toenails!
Its the shoes! The shoes are tragic!

Most dust particles in your house are made from dead skin!
You haven’t seen my house. There’s not that much skin in the whole town.

Women blink nearly twice as much as men.
She’s just batting her eyelashes at you. Take a hint.

Honey is the only food that does not spoil. Honey found in the tombs of Egyptian pharaohs has been tasted by archaeologists and found edible.
Archaeologosts have more guts than I do.

Coca-Cola would be green if colouring werent added to it.
I turn green every time I try to drink that stuff.

More people are killed each year from bees than from snakes.
Makes sense to me. All bees are venomous, but not all snakes. You are more likely to SEE a snake before you step on it. And people mostly avoid snakes.

The average lead pencil will draw a line 35 miles long or write approximately 50,000 English words.
Not in MY house. The average pencil will be sharpened, write a couple dozen words, then be broken in half or lost under the furniture. Or both.

More people are allergic to cow's milk than any other food.
Thats because we are not calves.

The placement of a donkey's eyes in its' heads enables it to see all four feet at all times!
And he STILL doesn’t pay any attention to what he’s stepping in!

It's against the law to burp, or sneeze in a church in Nebraska, USA.
Gesundheit! You’re under arrest!

You're born with 300 bones, but by the time you become an adult, you only have 206.
I know some people lose their funny bone.

Dolphins sleep with one eye open!
So do seals. Navy SEALS.

It is impossible to sneeze with your eyes open.
Good thing, too. There would be eyeballs all over the place during flu season.

The longest recorded flight of a chicken is 13 seconds.
Still futiley trying to escape the Colonel. 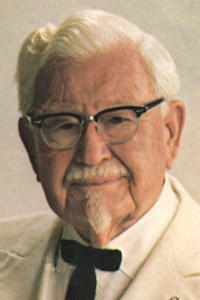 Queen Elizabeth I regarded herself as a paragon of cleanliness. She declared that she bathed once every three months, whether she needed it or not.
And who would be the one to disagree with an absolute monarch? They say power corrupts. It also stinks and says stupid things.

Owls are the only birds who can see the colour blue.
I’m having a hard time picuring the research that went into this. Owls are not known for their patience or language skills.

An ostrich's eye is bigger than its brain.
So maybe he can see the color blue, but he doesn’t know his colors yet. 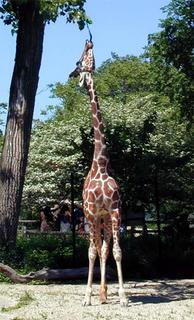 A giraffe can clean its ears with its 21-inch tongue!
So many punchlines. So little humor.


The average person laughs 10 times a day!
Not enough. My goal is to make it eleven.


While we are here, I'll post some randomly odd links.

Make your own police sketch.

And some South Park clips.

Thought for today: If you don't have a sense of humor, you probably don't have any sense at all.

Nice post and great "Didja Knows."
Found you on comments at another site. (Proof that pays to comment.)Now if others would take the hint.

Thanks for the comment on my blog. You have a wonderful blog here! I will definitely be checking back often.

I also agree with hale. I always wish people commented on my blog more, but I am kind of quiet by nature, so I usually don't comment on other people's blogs. I should!

Hey, fellow PMSer,
Jeremy Bentham's entire body is on display at all meetings and openings of University College London. He had it preserved and donated to the college because he thought it would be "useful". His head, however, is in a box somewhere and the body is topped by a wax head--19th century undergraduates were constantly making off with the real head as their own version of an oh-so-funny fraternity prank.
Anne, who obviously teaches this wayyyyy too often...