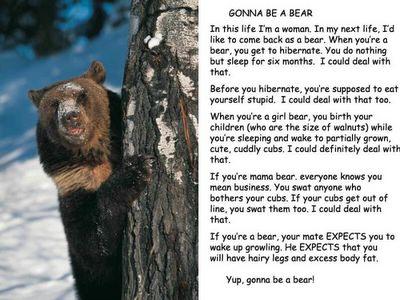 Did say something about being glad its autumn? I must be losing my mind. My thermostat is set at 72, but the temperature in here never inches above 64. Then I remember last year when it was REALLY cold outside and the house stayed at about 60 all winter, although the heater blew constantly and the bills rose exponentially. All winter I told myself, "I'm going to hire a crew to insulate this floor." But when the weather turned nice, all thoughts of insulation kinda died off. Stupid me.


Oh man, this is funny! Turn any web page into a parody by translating it into a different dialect. Choose your dialect, then paste in a URL and see the translation. I just wish they had Cajun in their selections. I entered this blog and saw how it would look in redneck dialect. Fry my hide! You know, that's sort of the way I talk anyway, but I don't normally TYPE in dialect. The Hacker dialect could use some improvement. You can also enter text and have it translated. (Thanks Karen of The Naked Ovary!) 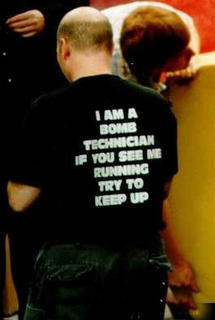 While we've got some text out, here is the Gender Genie. The idea is to paste in text, and they will figure out whether the author is male or female. Hooda thunket, I pasted in my tomatoes post, and they decided I was male. Guess I didn't use enough touchy-feely words!

Forbes asks the question “Is Sex Neccessary?” Who would ask such a question? Usually the question is “Where can I get some?”

This florist has found its niche. Men who don’t have time to remember to sent your woman flowers, or just can’t be bothered, can hire Save My Ass to do it for them.

Be listening for this on a radio station near you soon.. if they have guts! Van Preston’s “I Got Myself a Toy” The mp3 is here at Garage Band, click the little green triangle in the top right corner to hear the song. I also found the video, but it takes forever to load. If you want to see it, let it load while you go to a restaurant or something.

I love this geography game! You can play alone or against others online. I aced Asia and Africa, but got lost in Europe. Have you ever been lost in Europe?

The things women go through to be beautiful! Here’s a great video of many women getting a bikini wax.

Cute song about an internet kiss-off “She Blocked Me”.

The Incredible Hulk has his own blog.

The Effect of Country Music on Suicide rates. 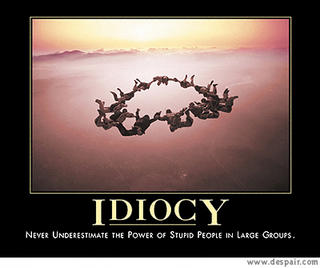 Under the category of Games My Friends Send Me, here is one where you try to control a helicopter. I failed horribly, over and over, but my kids thought it was a riot to see me crash! (thanks, Beth!)

Nominations are being taken now for Best October blogs and posts under various categories at The Order of Brilliant Bloggers. You can nominate your favorites by leaving a comment. You have to have a blogger account to nominate or vote, but they are easy to get. Voting starts November first.

The coach had put together the perfect team for the Detroit Lions. The only thing missing was a good quarterback. He had scouted all the colleges and even the Canadian and European Leagues, but he couldn't find a ringer who could ensure a Super Bowl victory.

Then one night, while watching CNN, he saw a war-zone scene in Afghanistan. In one corner of the background, he spotted a young Afghan Muslim soldier with a truly incredible arm. He threw a hand-grenade straight into a window from 80 yards away. Then he threw another from 50 yards down a chimney, and then hit a passing car going 80 miles per hour.

"I've got to get this guy!" coach said to himself."He has the perfect arm!"

So, he brings the young Afghan to the States and teaches him the great game of football ........ and sure enough the Lions go on to win the Super Bowl.The young Afghan is hailed as a hero of football and when the coach asks him what he wants, all the young man wants to do is call his mother.

"Mom," he says into the phone, "I just won the SuperBowl!"

"I don't want to talk to you," the old Muslim woman says. "You deserted us. You are not my son!"

"Mother, I don't think you understand," pleads the son, "I've just won the greatest sporting event in the world!" 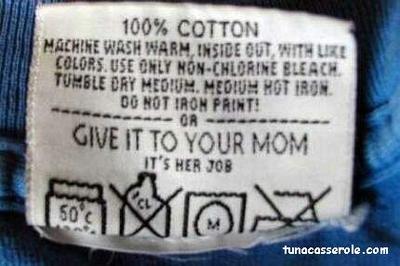 "No! let me tell you," his mother retorts. "At this very moment there are gunshots all around us. The neighborhood is a pile of rubble. Your two brothers were beaten within an inch of their lives last week, and I have to keep your sister in the house so she doesn't get raped!"

The old lady pauses then tearfully says, " I will never forgive you for making us move to Detroit!" (Thanks, Joe!)

Jenex pointed out a costume that should’ve been included in yesterday's post “the Good, the Bad, and the Ugly”, called The Tron Guy. But is it good, bad or ugly?

Remember the Beer Looter Dude? Here’s another gallery with tons more pictures of him. (Thanks, Eva!)

Here is a game that could've fit in well with either the entry on Golf or the entry on Beer. Its called Beer Golf. I'm not all that impressed, but you may know someone who would enjoy it.

Took a little quiz and found out that


I could go either way. I have sinned quite a bit but I still have a bit of room for error. My life is a tug of war between good and evil.

Are you evil? find out at Hilowitz.com