Another load of things worth looking at which don't fit in with my "different subject every day" theme. This is the junk drawer of the attic; too good to discard, but either I or someone I know will want to use it someday. Maybe YOU know someone who would enjoy some of these links!


Get hip with the New Office Slang. (Thanks, Terry!)

One of my favorite animations, Num 1000. By the time its over, you'll be impressed. I lost the link when I switched computers, but found it again! Worth the load time.

If you’ve ever dressed as a viking (and took pictures), Double Viking is running a costume contest that could win you two tickets to New York City.

Song “I Bought On eBay” (Thanks, Carol Anne!)

Interesting obituary from the Chicago Tribune. Be sure to read all of it.

For just a few thousand dollars, you can travel to deep space! However, you’ll have to die first. (Thanks, Tracey!)

Things that only happen in movies.

Save yourself a trip and watch the pandas with the San Diego Zoo Panda Cam!

The 3 Variable Funny Test is supposed to show your style of humor. I took it and found I am

Your style's goofy, innocent and feel-good. Perfect for parties and for the dads who chaperone them. You can actually get away with corny jokes, and I bet your sense of humor is a guilty pleasure for your friends. People of your type are often the most approachable and popular people in their circle. Your simple & silly good-naturedness is immediately recognizable, and it sets you apart in this sarcastic world.

How accurate this is is anyone's guess. I thought I would score higher on vulgarity, but I suppose its all relative. I'm not nearly as vulgar as some of my sources (and you know who you are). I won't argue about being a ham. Except for the cholesterol.


Kids on Dating and Marriage 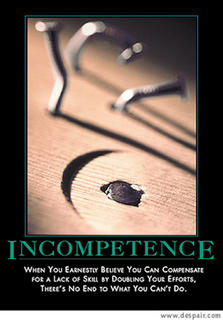 No person really decides before they grow up who they're going to marry. GOD decides it all way before, and you get to find out later who you're stuck with.
--Kirsten, age 10

What Is The Right Age To Get Married?
Twenty-three is the best age because you know the person FOREVER by then.
--Camille, age 10

How Can A Stranger Tell If Two People Are Married?
You might have to guess, based on whether they seem to be yelling at the same kids.
--Derrick, age 8

What Do You Think Your Mom And Dad Have In Common?
Both don't want any more kids.
--Lori, age 8

What Do Most People Do On A Date
Dates are for having fun, and people should use them to get to know each other. Even boys have something to say if you listen long enough.
--Lynnette, age 8

On the first date, they just tell each other lies and that usually gets them interested enough to go for a second date.
-- Martin, age 10

What Would You Do On A First Date That Was Turning Sour?
I'd run home and play dead. The next day I would call all the newspapers and make sure they wrote about me in all the dead columns.
--Craig, age 9

When Is It Okay To Kiss Someone?
When they're rich.
--Pam, age 7

The law says you have to be eighteen, so I wouldn't want to mess with that.
--Curt, age 7

The rule goes like this: If you kiss someone, then you should marry them and have kids with them. It's the right thing to do.
-- Howard, age 8

Is It Better To Be Single Or Married?
I don't know which is better, but I'll tell you one thing.
I'm never going to have sex with my wife. I don't want to be all grossed out.
--Theodore, age 8 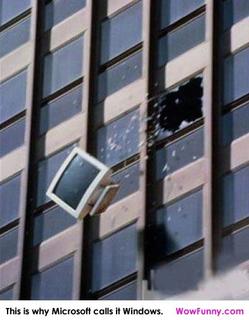 It's better for girls to be single but not for boys. Boys need someone to clean up after them.
--Anita, age 9

How Would The World Be Different If People Didn't Get Married?
There sure would be a lot of kids to explain, wouldn't there?
--Kelvin, age 8

How Would You Make A Marriage Work?
Tell your wife that she looks pretty, even if she looks like a truck.
--Ricky, age 10