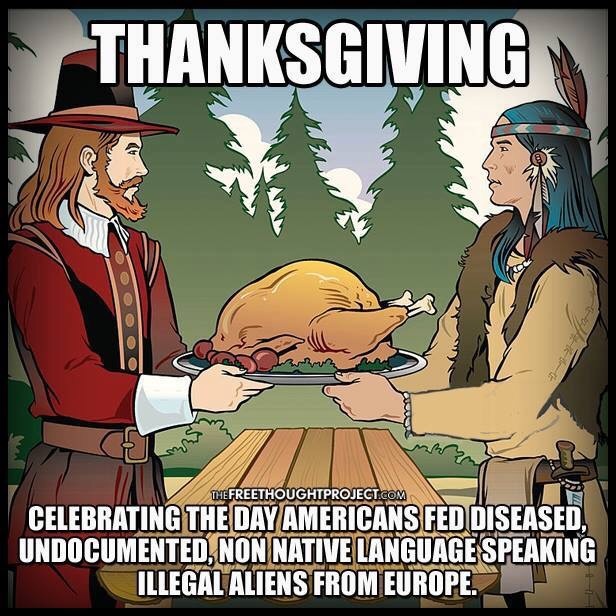 Upvote (from Bavaria, but that counts anyway 😁 )

When you sit down to your dinners today, whether its a home-cooked spread shared with family and friends, or out at a holiday buffet, or even, like myself, just tucking in to a premade deli-department heat-and-eat turkey dinner (although I will be dressing it with some cranberry sauce, ambrosia salad, and a nice glass of Riesling), take just a moment to reflect on those people who have needlessly lost their lives to hatred and violence of whatever form.

There were two mass shootings and the gruesome murders of four young people just within the week leading up to the holiday alone, and it seems like there hasn't been a week gone by this year without the report of some new outrage or atrocity.  I'm not going to try to belabor an issue, assign blame, or otherwise score points with these ... I just want to say this —

Pause and look around at all your relatives and loved ones surrounding you.   Then remember — there are a lot of families sitting down to dinner today with an unnecessarily empty chair at the table.

There have been more than 600 mass shootings in the US this year. That's almost two a day.

So many, so often, I expect the announcement to be followed with "this is a recording". That's a problem, we shake our heads and go about our business because it's a town/place we never heard of or really don't know where it is.
Then one day it comes to your town, maybe your street, people you know. But even then you feel helpless, the victims are dead, that's that.

However most victims leave behind family and/or friends. Maybe dozens of people for whom it can never be That's that.
The biggest danger is we become immune to these murders.
People have to get mad as hell and lean on the politicians. At least try.

OK, I can rant today.

In the city 80 miles northeast of my home, 2,115 people shot, 435 of them died. Few if any assault rifles used. No one asks or cares about the political affiliation of the shooter. Approximately 10% are teenagers. 95+% are minorities.

Research any major city and you will find similar numbers. 1,932 US Armed Forces members were killed in Afghanistan during our 20 years there. The number murdered in our 5 largest cities will surpass that number THIS YEAR. As they did last year and likely will next year. Is this not an atrocity? Worthy of outrage?

Wave a magic wand and disappear every AR-15 in an hour and nothing will change in our cities. Where is the outrage? Does the President (present or past) go on TV and rant about how "sickening" this is? We are already immune to this carnage in our cities.

Remember — there are a lot of families sitting down to dinner today, and everyday, with an unnecessarily empty chair at the table.

" because it's a town/place we never heard of or really don't know where it is."

These cities have seen more than 7,000 people shot this year. SEVEN THOUSAND.