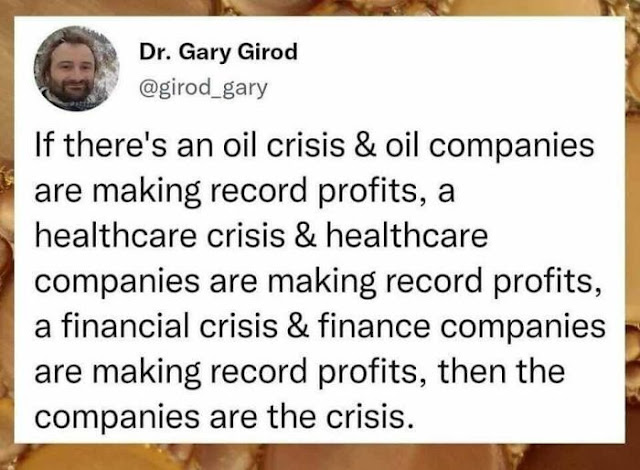 I wonder something. How are these record products measured? With the inflation rate over the past year or so, it would stand to reason that most businesses are bringing in more money, some percentage of which is profit. If an oil company made 1% on a gallon of gas at $2.50/gallon and makes that same 1% on a gallon of gas at $5.00/gallon, you could say that their profit in actual money has doubled, but it's still 1% of total revenue. Like saying I am getting a record increase in Social Security next year, but in reality I will not even be breaking even.

If an oil company made $50 blllion profit last year, it seems reasonable their profit would be more this year. I would like to see a comparison of profit margin instead of simply actual dollars.