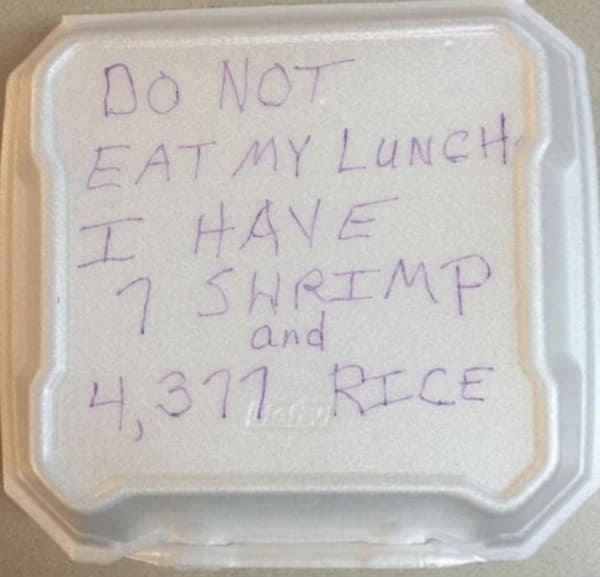 How come if they're European they only get the one shrimp,
but if American they get 7 ?

What? Who says this lunch is American or European?

Who in hell eats one shrimp?

-chuckle- We gets more rice too.

I thought you'd know.
Europeans write 1 like a 7, and their 7 has a line though it's vertical upright to differentiate it from their 1 which looks like our 7 because the top little bit on the one is longer in European countries.
Thats hard to explain without pen & paper.
I tried though.

You could also cross the 7s, making WilliamRocket a suspect.