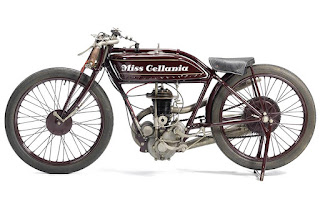 An oral history of how the team at Saturday Night Live proved New York City was “open for business” just 18 days after the worst terrorist attack in American history.

The new LEGO Set Super Mario 64™ Question Mark Block has 2,064 pieces, and will impress people, if you ever get it built.

This New Zealand School Is Using a Chicken as a Traffic Officer. (via Mental Floss)

The Last Tasmanian Tiger, Now in Color. (via Damn Interesting)

When the King of Comedy Posters Set His Surreal Sights on the World of Rock 'n' Roll. Dave Kloc got his start in poster art by making 310 posters for the stand-up comedy television series The Meltdown.

What an enormous global study can tell us about feeling better during the pandemic.

This Michigan Castle For Sale is the Perfect Place to Re-enact Game of Thrones. See tons of pictures at the real estate listing. (via Fark)

The Engineered Student: On B. F. Skinner’s Teaching Machine. (via Damn Interesting)

A blast from the past (2014): French Fries Around the World.

Potatoes make French fries, chips, and vodka. It's like the other vegetables aren't even trying.

Aw shucks Miss C, touché. But you left out candy corn. Yum. This the season and I'm a real cornivore for that.