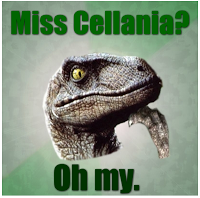 A Tale of Two Freddies. Jared531 wore this costume to the NY Village Halloween parade last year and was such a hit that he posted the instructions for pulling off the costume. (via reddit)

Canning as art? (via Nag on the Lake)

The Only Dry Martini Recipe You’ll Ever Need. Period.

What is Fat Bear Week, and How Did It Get Started?

Why everybody’s hiring but nobody’s getting hired. It's not just the pandemic and the low pay.

Searching for the Platonic Ideal of the Piña Colada in San Juan, Puerto Rico. (via Digg)

That's an awful lot of work for a martini. Pre-chill overnight? As for the vermouth, any kind will do. Once your gin is in a glass, take the vermouth bottle cap and gently wave it (bottom side down) 3 times over the glass. That's it. Done.

Feel free to bow towards France before taking your first sip.

I always get a laugh from this black chicken:
https://www.youtube.com/watch?v=2AdrmfjAhn0

Noilly Prat vermouth?
Then why in the hell is it called a Martini?

Edison Jr was just carrying on a family tradition. His daddy hoodwinked people into thinking electricity was more that a passing fancy which would still be around for years to come. A regular PT Barnum he was.
Seriously though his idea of DC High Voltage electricity died out rather quickly. Tesla & Westinghouse gave us the AC high & low voltage we still use today.