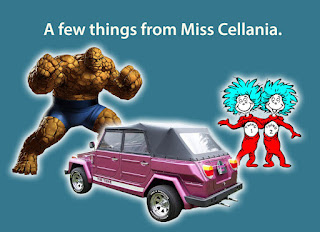 20 of the Hardest Jeopardy! Questions of All Time. Don't miss the video in which three intellectual contestants prove they know nothing about football. (via Digg)

What is the Oldest Archaeological Site?

20 Memorable Farts Heard 'Round the World.

The Weirdo American Who Invaded Mexico, Nicaragua, And Honduras (Without U.S. Permission).

Shudder Is Teaming Up With Horror Hostess Elvira for Some Seasonally Appropriate Programming.

Circassian Beauty in the American Sideshow. The fact that these acts lasted into the 20th century reveals the audience's fascination with race. (via Nag on the Lake)

The Mysterious Sex Lives of Dinosaurs. (via Fark)

The Takeout is holding a seven-week deep dive into the top Halloween treats.
In week one, they ranked the candies by their wrappers, and in week two, they ranked them by the nostalgia factor.

A blast from the past (2010): Neatolicious Fun Facts: Bluetooth.