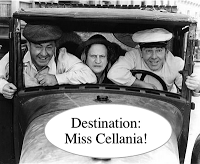 Fancy Fowl: How an Evil Sea Captain and a Beloved Queen Made the World Crave KFC.

The greatest achievements in Dumb Internet Video. I would have made a much longer list, but it would take a bit of time. (via Boing Boing)

How the Covid shock has radicalised generation Z. (via Fark)

The Original Flapper Who Got the World Dancing Again.

Massacre on the Mary Russell: When a 19th-Century Ship Captain Murdered His Crew.

"Welcome to the Internet" by Bo Burnham. NSFW language. (via reddit)

Splish Splash, I was taking a Bath!

The Great Sheep Panic of 1888. (via Strange Company)

"Welcome to the Internet" is brilliant!

I guess Bo Burnham is the heir apparent to Tom Lehrer.

The ending of "Splish Splash" was a little unexpected... but looks like fun!