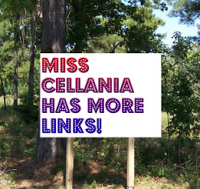 The Soldier Who (Accidentally) Had An Epic Drug Trip ...In The Middle of WWII. Over the next couple of weeks he suffered delusions, injuries, starvation, and the kind of bad luck you'd recognize from a Looney Tunes short.

Study Finds American Women Delaying Motherhood Because The Whole Thing Blows. (via A Cup of Jo)

Mystery in a Small Town After $731M Powerball Win. With only 1200 people in the town, everyone wants to know who won the jackpot. (via Metafilter)

I love that the Dee Gee's album is named "Hail Satin," LOL!

10 minutes on the theremin and now I want
to watch The Day the Earth Stood Still. . .

I didn’t know the Onion was doing legitimate reporting now.

The Onion didn't change. The real world just got crazier.