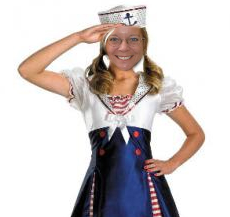 Man from 1818 Predicts USA of the Future. For instance, Americans travel to the moon, but some citizens didn't believe it. (via Strange Company)

California Triplets are All Pregnant. (via Fark)

The Overlooked Queer History of Medieval Christianity. (via Metafilter)

Attack of the Critical Race Theory.

The ‘shadow reality world’ promoting the lie that the presidential election was stolen.

The Mystery of Greek Fire. In the 7th century, Byzantine warfare included the use of what appears to be a flamethrower! (via Strange Company)

The queer history indicates making a choice but the smart ones became clergy and screwed everyone.

Same-sex desire has always found a way to exist, even in dangerous times. Historically, any organization whose membership is or was exclusively same sex will have oodles of LGBTQ+ people in it -- monasteries, priesthoods, convents, military, sports teams, etc. That's how LGBTQ+ people found "others of their kind" in the bad old days.

And this remained true right up until modern times. As a Boomer, I know a gazillion lesbians in that age group who are ex-nuns. Now no one needs to join a convent to be in a female environment, thank goodness.