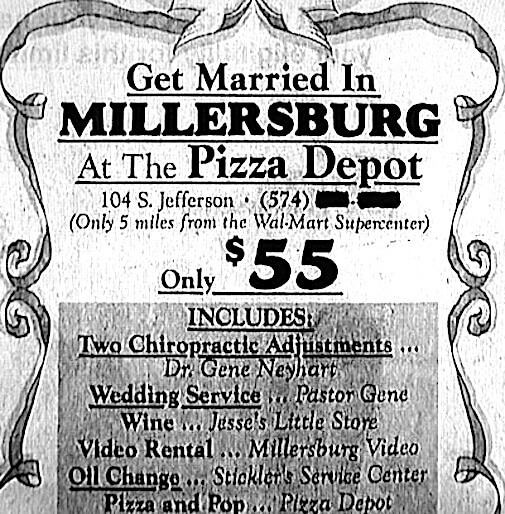 Wow! What a deal! And SO romantic too!

Marriage is not about romance, it's entering into a legal contract recognized by governments to allow certain benefits and restrictions financial and social. Any snuggly smoochie is separate.

I believe marriage should remain as God
intended: A sacred bond between a man
and a woman, formed over a few weeks,
through an elimination contest on national
television.