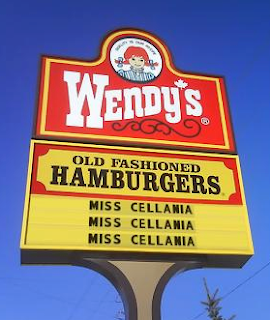 Clang, Clang, Clang Went Josh Hawley! Randy Rainbow's latest parody is sung to the tune of "The Trolley Song" from the musical Meet Me in St. Louis.

Japanese Bomb Found in Missouri Yard. It was from World War II, but it was still live! (via TYWKIWDBI)

Sure, Velociraptor Repellent Is 95% Effective Against Velociraptor Attacks, But Do We Really Need to Wear It to Visit Jurassic Park? (via Nag on the Lake)

Star Wars Questions that Should Never be Answered.

In Japan, Combating the Coronavirus Calls for a Big Pink Cat.

US millionaire CEOs saw 29% pay raise while workers’ pay decreased in 2020. (via reddit)


There’s No Such Thing as a Tree. (via Metafilter)

The Source of the Nile River: A Mystery That Spanned Three Millennia. (via Damn Interesting)

No link for Randy Rainbow.

Thanks, Bruce! I don't know how that happened, but it's fixed now.

Rainbow at his brightest.
I've sent the link for the Velociraptor repellent to a dozen people and a couple still don't get it.(facepalm)
I'd bet that Japanese bomb came from a balloon..