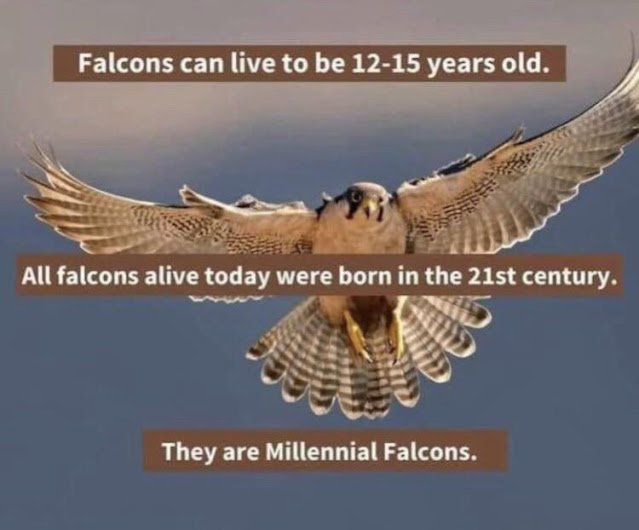 And May the Fourth be with you.

So yesterday, DSWS.
Ford Australia stopped making the Falcon in 2016.
They started in 1960 with basically imported cars from the USA, but shifted to locally designed cars in 1972 so as to accomodate the harsher conditions in Australia.
I live in New Zealand now but Australia previously, and I have owned 3 Ford Falcons.
I have entertained a few chewy women in my cars but also flown hands solo.

Groan... William, that was so bad it was great. (applause)