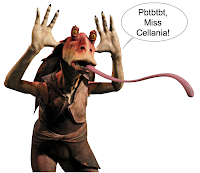 Dawn Wells, who played Mary Ann on Gilligan's Island, died Wednesday of Covid-19 complications. She was 82.

Portraits of Ruth Bader Ginsburg's Favorite Collars and the Stories Behind Them. (via Nag on the Lake)

When Your Outfit Is Made Illegal. As they say, dress for the job (or social class) you want, not the one you have. (via Digg)

2020 Might Be a Year Best Looked at From Above.

Pugilism on the Plains. In 1923, Montana real estate developer James “Body” Johnson Jr. was looking for a way to invigorate his small town, and was taken with the idea of staging a fight with world champion Jack Dempsey.

Florida's Covid-19 vaccine rollout goes as well as you'd expect. It's first-come first-served for anyone over 65. (via Fark)

The Knights of Renesmee spent three years making a shot-for-shot Sweded version of the entire Star Wars prequel trilogy. It's actually quite funny due to creative prop choices, wardrobe malfunctions, and the world's least expensive CGI. (via reddit)

Minnesotastan has been running a series of pictures of his readers' bookcases at TYWKIWDBI. One particular picture revealed something amazing about the owners.

A blast from the past (2017): 10 Famous Birthdays to Celebrate in January.

I liked the Emmy bookcase one!