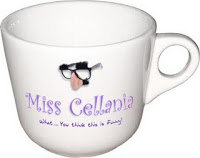 The Debuts and Early Performances of 20 Future Stars. From Buster Keaton to Jimi Hendrix.

The Ultimate List of Wonderfully Specific Museums. How else would you find Barney Smith's Toilet Seat Art Museum (it's in San Antonio)?


Talk Obama to Me. Put your own words in and give the former prez a speech. (via Boing Boing)

This Illustration Nails the Pedestrian Problem in Cities. More people are walking than ever, so we should make their safety a priority.

Barn Owls: The Secret Saviors of Napa Valley’s Vineyards. Vintners love them because they keep rodents from their crops.

Why Flamingos Are More Stable on One Leg Than Two. They can even balance on one leg after they're dead.

Whatever happened to Alfalfa from Little Rascals? For someone who only lived to age 31, he had quite a biography.


The Onion has obtained 700 pages of leaked documents from the Trump Administration. This should keep you busy for quite some time. (via Metafilter)

The hats of King Carl XVI Gustaf of Sweden.