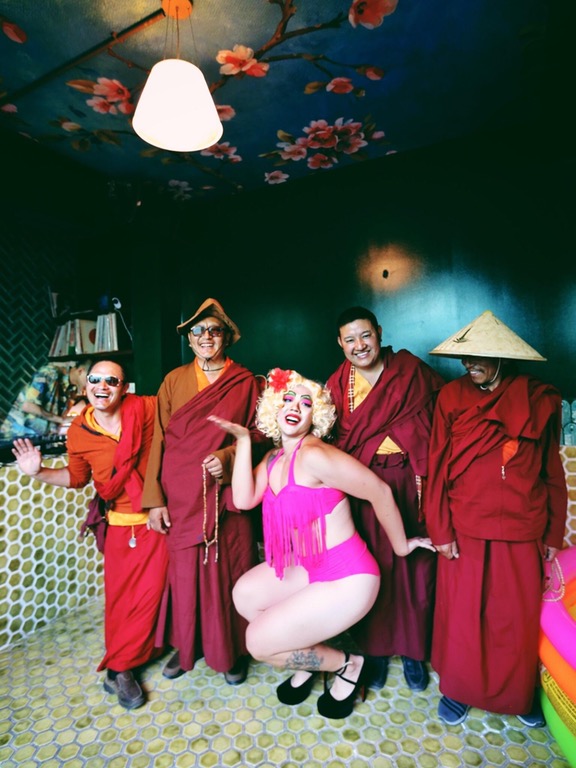 It sounds like the beginning of a joke, but there's no punch line, just a group of new friends. TigerLily is a drag performer in Beijing. Four monks who had traveled all the way from Tibet heard music and laughter and wandered into his venue and had a wonderful time. That may sound weird, but one commenter said that Buddhist monks "always seem to approach life as it were the funniest joke ever told." TigerLily posted an album of more pictures from the same night. A good time was had by all. (via reddit)
Posted by Miss Cellania at 5/24/2017 06:00:00 PM