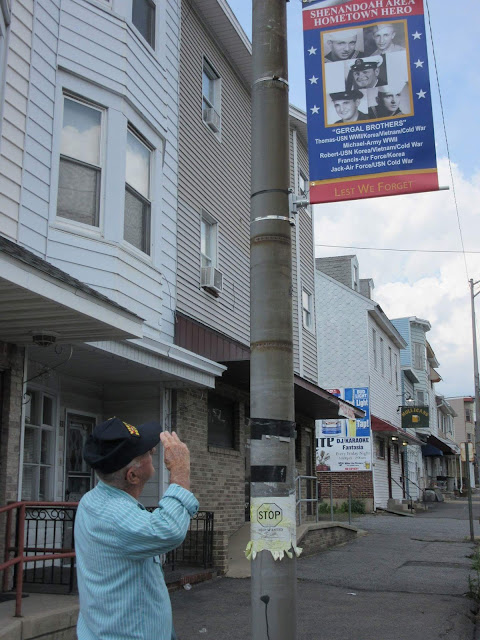 Shenandoah, Pennsylvania, erected banners along its main street to honor local veterans. This banner salutes five brothers who all served in the armed forces: Thomas, Michael, Robert, Francis, and Jack Gergal. The youngest, Jack, is the sole remaining brother, and came in from out of town to see the banners. He's shown here saluting his brothers. Jack's grandson shared this image, and said,

Jack served 20 years in the military, 16 for the AF and 4 for the Navy. He was mostly a mechanic for various aircraft but also spent time as a "Hurricane Hunter". He was the youngest so his older brothers participated earlier than him and they served different branches of the military but they all served.

You can enlarge the picture at imgur. (via reddit)