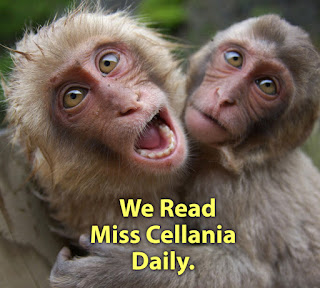 In Loco Presidentis: Who's In Charge Here? The long road to covering presidential succession scenarios.

When Lincoln Was More a Politician Than an “Honest Abe.” He became a newspaper troll for a short time.

While the internet was having fun with Trump's press conference last Thursday, he overturned a law preventing companies dumping coal mining debris in streams and rivers. (via reddit)

19 Things You Probably Didn’t Know About Working In Radio. Actually, I know them all, and don't miss it a bit.

6 Horrifying Realities Of Living In A Sitcom Universe. You could spend a lifetime watching TV sitcoms and not realize that the same weird things keep happening from show to show over time.

Japanese interpreters are having a hard time making sense of Donald Trump's words.  "…if we translated his words as they are, we would end up making ourselves sound stupid.”

Stop blaming brown recluse spiders for your horrifying flesh wounds. Their bites gets diagnosed even in places where they don't live.

The Difficult Journey of Star Trek II: The Wrath of Khan. The production staff learned from the mistakes of the first movie, and even used them to their advantage.

What Happens When Teens Run the Court. Some real offenders get to take a chance with their peers instead of facing juvenile court.

I had a radio show "The Audio Attic" on our local public access station for nine years, before fighting with the new program director and quitting. Most of the standard commercial radio restrictions didn't apply - we just had to show up on time, maintain "community standards," and read the occasional PSAs. It was all the fun of radio without most of the negatives of working on the commercial side. I had a real ball doing it, but probably wouldn't have lasted a week in "real" radio.