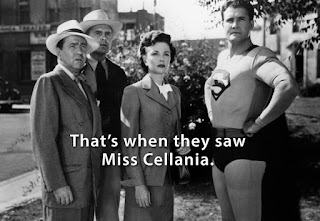 10 Presidential Marriage Proposals. Some future leaders had to work really hard to win her hand.

Churchill essay on the possibility of alien life discovered in US college.  Scientific thinking has caught up to his 1939 conclusion. (Thanks, John Farrier!)

The Messy History of the Pie Fight. The second best use for baked goods. (Thanks, Walter Mosley!)

The Rise, Fall, and Resurrection of FDR's Floating White House. The USS Potomac had plenty of adventures besides hosting a president.

The Man Who Played with Absolute Power. Philip Zimbardo shares what he learned from conducting the Stanford Prison Experiment.

17 pictures that will turn you off escalators forever. Or they might just make you more careful using them.

Library Hand, the Fastidiously Neat Penmanship Style Made for Card Catalogs. It's pretty, but wouldn't it have been easier to just learn to type?

Meet the hackers trying to solve the problem of death. If we can't maintain the body, maybe we can download the mind.

TV's callous neglect of working-class America. Their only portrayal these days is on reality TV.

Superman was feeling bored after a long break of crime fighting and wanted to go out and party so he called Batman to ask if he wanted to go to a club and pick up some girls. Batman said Robin was ill and he had to look after him.

As a last resort, Superman flew over to Wonder Woman's apartment to see if she was free. As he landed on her balcony, he saw Wonder Woman naked on the bed with her legs open. Superman thought to himself "I'm faster than a speeding bullet, I could be in there, have sex and out again before she knew what was happening." So Superman did his super thing in a split second and flies off happily.

Meanwhile on the bed, Wonder Woman said "Did you hear anything?"

"NO!" said the Invisible Man, "But my ass hurts like hell!"