The Life and Death of Grigori Rasputin 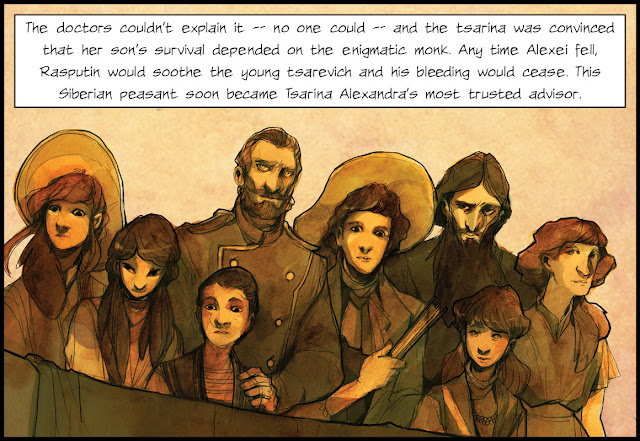 Rasputin, the mad monk of Russia, was assassinated 100 years ago, in the early morning of December 30, 1916. The police investigation never led to a court case, and those who are suspected of being involved gave conflicting reports. The legend goes that after surviving several earlier assassination attempts, on December 30, he was poisoned, which had no effect; shot in the chest, but he got back up; beaten, to no avail; and then shot in the head, when he finally succumbed to death. Sometimes an attempted drowning is included in the story, but Rasputin was dead when his body was thrown in the Neva River, where it was found two days later under ice.

A hundred years later, we are still fascinated by the story of the mystic who wielded a huge influence over the last Tsar's family. Darmon Richter and Diana Naneva of the webcomic Rasputina tell the short version of Rasputin's life and death graphically at Atlas Obscura.

Labels: biography of the day, history