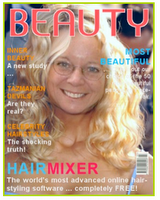 Alien: Covenant Trailer, Release Date, Casting, Story Details & Everything We Know. Ridley Scott's new sequel/prequel is scheduled to be in theaters on May 17.

23 Teachers You Wish You Had As Your Teacher. A sense of humor goes a long way.

She Went To Alaska To Photograph Polar Bears In Snow, But Found No Snow. The bears, however, posed nicely for pictures.

75 Years After Her Debut, Wonder Woman Remains Iconic. Her creator, William Moulton Marston, imbued her with his personal concept of feminism.

The Most Commonly Misused English Words. Check to see if you know their exact meanings.

8 wacky ways to top a latke. Because you can't risk getting tired of those wonderful treats.

Donald Trump will be president because James Comey and Loretta Lynch were scared. This is how bullies win.

ahhhhh....you look as purdy as ever Miss C.