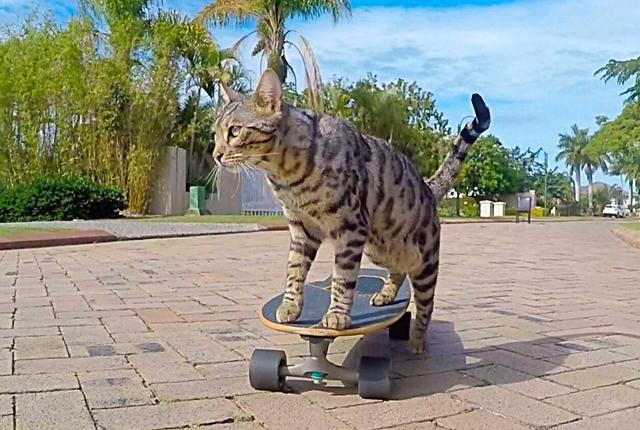 Ever since Tillman the Skateboarding Bulldog came on the scene in 2007, the internet has had a fascination with animals who like to shred. Quite a few species have tried it, with varying degrees of success. Let’s meet eleven animals in seven enjoyable videos, in a list I posted at mental_floss.
Posted by Miss Cellania at 7/25/2016 11:00:00 AM