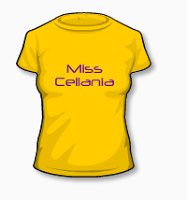 37 Facts You Probably Never Knew About The Macy's Thanksgiving Day Parade. In 91 years, there’s been a lot of changes.

How Turducken Went From Food Of Kings To Poultry of the Populace. Stuffing animals inside other animals has a long and colorful history.

Almost Everyone Cheats, But Only Just a Little Bit. We have to hold back in order to justify it to ourselves.

The Galapagos Islands' Homesteader Death Showdown. Put a bunch of crazy people together on an island away from civilization, and you just might have a story.

How to destroy an American family. Years of cyber attacks have caused unemployment, divorce, and ruin for the Straters.

Life and Work: What Was It Really Like for Women in the 1970s? I remember all this well, even that one specific cartoon, but it may surprise younger people.

5 Times Republicans in Congress Screwed Veterans. This is nothing new.