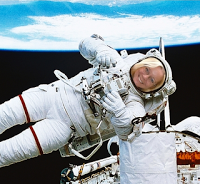 The True Story of Paul Newman's Salad Dressing. It will make you feel really good about eating a salad.

How Mr. Snuffleupagus Came Out. He was considered Big Bird’s imaginary friend until the big reveal 14 years later.

Last I Heard, We Had a Constitution.

Navigating New York City With a Guidebook From 1899.

MST3K Turkey Day 2015 Details and How to Watch. It’s a tradition the whole family can get behind.

10 Scientific Laws and Theories You Really Should Know. If you already know them, send the list to a younger person.

Alex Weinberg is a structural engineer, and as such, he notices inaccuracies in movies, particularly the physics of suspension bridges that get destroyed. Weinberg explains what’s wrong with suspension bridge wreckage in quite a few of your favorite movies.

Princesses, Slaves, and Explosives: The Scandalous Origin of Vaccines. There were smallpox inoculations centuries before Edward Jenner.

Philip Seymour Hoffman, and the queasy reality of how Hollywood deals with actors' deaths. There’s sadness and grief, and then there are business decisions to be made.
Posted by Miss Cellania at 11/20/2015 07:00:00 AM