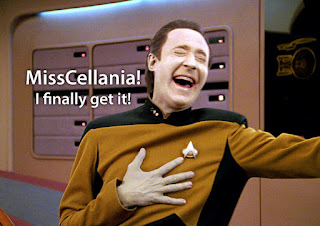 Behind Those Awful Album Covers. The stories of the real people who recorded the music.

12 Years Later, Here's What Happened to the Viral Mastermind Behind 'The End of the World.’ Hokay. So. (via Digg)

A Veteran’s Playlist: The Top 10 Songs of Vietnam. (via Boing Boing)

A Modern-Day Lynching. In 2011, Craig Anderson was murdered and his family left devastated forever.

How to make a DIY ‘drone’ with balloons & a fishing rod. Aerial photography doesn’t have to be super expensive if you’ve already got a camera.

It’s All But Guaranteed That 2015 Will Be The Hottest Year On Record. The past six months have all set records as the hottest ever.

The Long and Glorious History of Cat Ladies. Plus some who became famous because of it. (via Nag on the Lake)

I spent nearly 4 years (6/67-3/71) in country as a civilian. To the best of my knowledge I have never heard that song by Creedence. Plenty of their other stuff but not that one. Could they be using it as a plagerism trap?

I may disagree with the song list but I am sure that they will agree with my pick for the most popular movie in country: John Wayne's "Green Berets". We watched it as a comedy. Except for the occasional grumble of "The jungle ain't flat" we all howled.

Really, Ken? I was only a kid, but I remember Fortunate Son from 1969. The local radio station played it, even though it was a B-side. Wikipedia says,

"Fortunate Son" is a song by Creedence Clearwater Revival released on their album Willy and the Poor Boys in 1969. It was released as a single, together with "Down on the Corner", in September 1969.[2] This song reached #14 on the United States charts on 22 November 1969, the week before Billboard changed its methodology on double-sided hits. The tracks combined to climb to #9 the next week, on the way to peaking at #3 three more weeks later, on 20 December 1969.[3] It won the RIAA Gold Disc award in December 1970.[4] Pitchfork Media placed it at number 17 on its list of "The 200 Greatest Songs of the 1960s".[5] Rolling Stone placed it at #99 on its "500 Greatest Songs of All Time" list. In 2014, the song was added to the National Recording Registry by the Library of Congress for being "culturally, historically, or aesthetically significant."

I'm going to spoil #10 for you. Here is what WE sing: "Down the road I look and there comes Mary, arm-in arm with my best friend Harry. I think I'll smoke the green, green grass of home". What has been heard cannot be unheard.

That's a hell of a birthday.