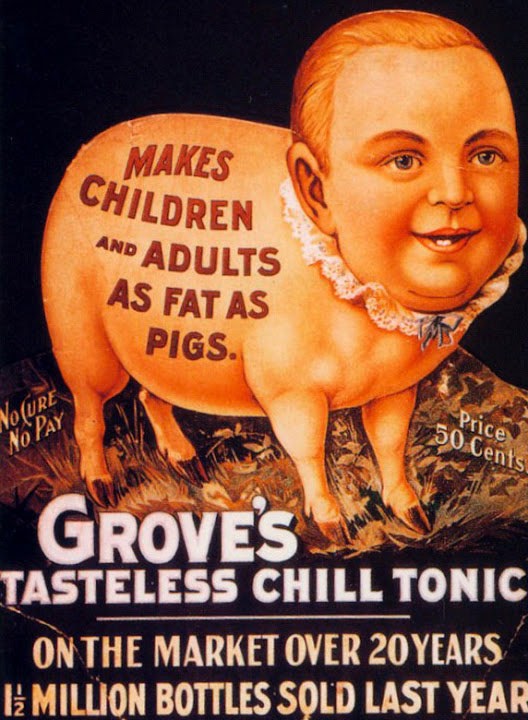 "Grove’s Tasteless Chill Tonic was created not as a cure, but as a preventative and relief of malaria and its resulting chills and fever. Those who remember taking the chill tonic did not agree with the “tasteless” billing, although it was better than taking straight quinine. Quinine has been used for more than three centuries and, until the 1930s, it was the only effective malaria treatment. The chill tonic was so popular the British army made it standard issue for every soldier going off to mosquito infested lands and, by 1890, more bottles of Grove’s Tasteless Chill Tonic were sold than bottles of Coca-Cola."

Ah, so Chill Tonic was medicine, in other words a drug.
It outsold Coke (also a drug) because of the Brit military.