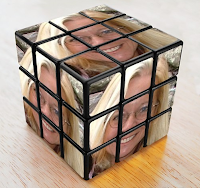 Digital Face Swapping is in the works, giving us a creepy look at the way our identities will be stolen in the future.

Did the recession cause a spike in child abuse? The incidence of abusive head trauma has jumped, but the jury is still out on the reason behind it.

Teachers often tell the story of how assassin Gavrilo Princip would not have been in shooting range of Franz Ferdinand that fateful day in 1914 if he hadn’t stopped to buy a sandwich about the time the Archduke coincidentally passed by. Mike Dash first heard the strange story from his daughter, and decided to investigate its origin.

Ten Historic Female Scientists You Should Know. They held their own with the male scientists of their times, even though they had bigger barriers to leap getting there.

The Great Pumpkin Shortage of 2011. Flooding, fungus, and Hurricane Irene conspired to ruin our October porch decorations and Thanksgiving pies.

Better Know Your Flossers. I just yesterday found this extremely useful list of personal websites for the mental_floss staff.

How to Make American Cheese. Don't laugh, many of us were raised on government cheese and consider it comfort food.

The History of the Laughing Squid Logo.

Multi-Millionaire Rep. Says He Can’t Afford A Tax Hike Because He Only Has $400K A Year After Feeding Family. He's not even aware of how that sounds to people who feed their families on much less and then have nothing left over.