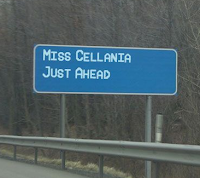 Lives Within a Drop of Water. A sneak peek at some of the awesome images from Nikon's Small World microphotography competition.

Even networks are shocked at the police brutality against the Occupy Wall Street protesters. It's about time. (via Metafilter)

Whatever Happened To Colour? The movies used to have glorious Techncolor; now they are muted and dark. And I thought it was just my eyesight!

Jack Horner is seeking funding for a project in which he would reverse-engineer a dinosaur using chickens. He plans to switch on ancient traits that still exist in the DNA of modern birds to create a "chickensaurus."

The US's childbirth statistics average out fine, but that covers up a real problem. Both professional women and poor women are struggling with an awful "choice" between children and financial solvency.

The fish in your aquarium are probably pretty upset about being there.

This Lunchtime Quiz at mental_floss challenges you to name all nine of Led Zeppelin's studio albums in three minutes or less. It took me about a minute to complete, because I'm not much of a typist.

Report from the front lines on how the repeal of DADT is affecting the troops. Plenty of other active military have comments in there, too.