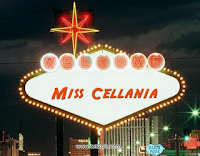 What's the best non-sexual sensation ever? Thousands of answers!

Batman interrogates the wrong clown. They all look alike with that silly makeup, anyway.

The World’s Most Shocking Study Reveals That People Like Brad Pitt. And if Facebook “likes” can be used for statistical analysis, his new baseball movie is predicted to hit a home run.

The Oatmeal explains why Netflix split itself in two. Well, it doesn't really explain why, but makes a funny metaphor.

If you ever have anything to do with a feature film, do not design the poster like this, because it’s been done. And see the rest of this week’s new movie posters, too.

The Past and the Future of Famous Logos. All tend to evolve into simpler graphics, but some may encounter “circumstances” in the future.

Benjamin Oliver Jenks hitchhiked from L.A. to Maine, and took a picture of all 930 people he met along the way. Then he put them together in a video. NSFW due to very brief nudity.

If Computer Problems Were Real, then we’d really have problems. This video illustrates the silliness of the terms we use for the world of computing.