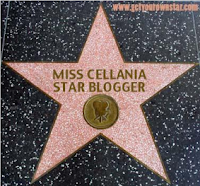 Belle Gunness: The Terror of La Porte. She murdered dozens of people right under the authorities’ noses because no one wanted to believe a woman would do that.

If you liked reading the above story, also check out 7 Black Widows and 16 Dead Husbands.

Eddie Murphy is on the shortlist of possible hosts for the next Academy Awards presentation. In fact, he’s the only name on the list!

6 ways Washington could create jobs. Vote for the idea you think is best, but strangely, you can only select one, while the government could implement them all.

Ghost Cities of the Future. Nature is reclaiming some metropolitan areas whether we like it or not.

New York Magazine posted a comprehensive Encyclopedia of 9/11. There’s a chance you might read it all before the anniversary, but better to keep it and read bits at a time.

Did something just go missing in your favorite TV series, without any mention of it? Here are 21 forgotten TV subplots that were never explained. (via FilmDrunk)

A new study shows people who smoke marijuana are less likely to be obese than those who don’t. Hard to believe, when one of its effects is to encourage you to eat an entire family-size lasagna or two.
Posted by Miss Cellania at 9/07/2011 06:03:00 AM