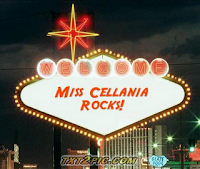 Affordable Art from Some of the World’s Most Famous Artists. The same artists who command millions for some works also produce other stuff they know will sell fast.

A beautiful time-lapse video of the Aurora Borealis. Terje Sorgjerd shot this over a week’s time in Norway near the Russian border.

7 Companies That Fired Their Spokesmen. When planning your ad campaigns, remember that celebrities don’t become famous by their normality and circumspection.

A year ago, I linked to a Metafilter thread in which the forum banded together to avert disaster for two young women from Russia. Now those who were there tell the entire story. One NSFW image. (via Cynical-C)

5 Reasons Humanity Is Terrible at Democracy. What’s worse, these things are used to manipulate the perceptions of the citizens toward various ends. NSFW text.

5 Awful Saturday Night Live Hosts. Of course, that only became apparent after the episode aired. Live.

Justice doesn't always work the way they portray it on Law & Order: SVU. (via Breakfast Links)

The 10 Worst Products For Men Ever Created. If they didn’t kill him, they would at least undermine his confidence. (via Everlasting Blort)

How do “natural” non-sugar sweeteners stack up? Like artificial sweeteners, they all vary in calories, effect on diabetics, and what happens when you bake cookies with them. (via Lifehacker)

Where Did the Peace Symbol Come From? From very carefully crafted symbolism you might not be familiar with.
Posted by Miss Cellania at 3/28/2011 05:46:00 AM