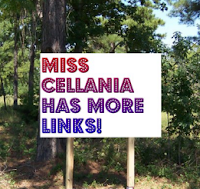 Midnight was born missing part of one leg, and then was so neglected by his owner that he was seized by authorities. The adorable horse was close to being euthanized when the staff at Ranch Hand Rescue came up with a plan to get Midnight a new leg.

Do Not Touch the Frog. National Geographic photographer Mark Moffett went to find a very poisonous frog, but his awesomely funny adventures along the way will make you forget it’s a 16-minute video. (via Boing Boing)

The Wire was a very popular TV show on HBO from 2002 to 2008. If it had been published as a serialized Victorian novel, it would read like this.

Aled Lewis illustrates clever puns and jokes with pictures of toys. See more at his blog Aled Knows Best. (via Nag on the Lake)

Star Wars public service posters. My favorite is the one you might see in an alien health department: “If you don’t know who your father is, anyone could be your sister.” (via Geekologie)

Julian Assange is a Horrible Houseguest. I’ve had acquaintances like that. (via Breakfast Links)

An android, meaning the Android phone mascot, dances up a storm. Impressive, for a guy in an inflatable costume!

Nick Pitera can sing like anyone: a guy, a girl, or even inanimate objects. Put them all together and you have a one-man Disney movie -at least the musical parts.

Misspelled words that only exist to make you laugh. And they will, indeed, succeed.

Russians thinks Americans smile too much, and therefore must be either mentally ill, deceptive, or insulting. But just maybe living in America is something worth smiling about. (via J-Walk Blog)