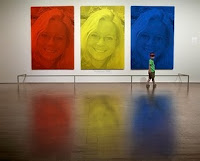 Brilliant Inventions that Look Like Gag Gifts. Would you believe... a helicopter ejector seat? A solar-powered flashlight? An inflatable anchor? (via The Daily What)

Epic Literary Flame Thread. The comment section of this book review is a textbook example of how NOT to act when your book receives a less-than-stellar review. (via Cynical-C)

Army Col. Elmer E. Ellsworth was a dashing figure, a 24-year-old leader of men, and a friend of Abraham Lincoln. He was also the first Union officer killed in the U.S. Civil War, which affected the president terribly.

The Origin of Air Conditioning. For which we will be forever grateful, once this winter weather is over.

6 TV Shows You Won’t Believe Saved People’s Lives. Hey, wherever you pick up lifesaving information is OK with me!

This is where you learn how to butle: The International Butler Academy. (via Everlasting Blort)

Mugshots from Sydney, Australia in the 1920s. The bad guys looked really bad, but most dressed classier than the biggest part of regular folks you will see all month.

Jeff Martin produced the largest indoor photograph ever: a 40-gigapixel, 360-degree image of the main hall of the 868-year-old Strahov monastery library in Prague, Czech Republic. Almost 3,000 images were shot over five days and then stitched together to make the mega-picture. (via The Daily What)
Posted by Miss Cellania at 3/30/2011 05:27:00 AM