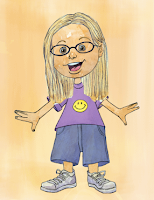 Build Your Wild Self. From the New York Zoo and Aquarium. (via Everlasting Blort)

Star Trek Kinect Dancer. You gotta dance like nobody's watching, except for a convention full of gamers and the entire internet.

"Your grocery store thinks you are a moron, and here are 6 examples of how".

American movies are often re-titled for foreign audiences. In this quiz, you'll be given a foreign title of a US movie, translated into English. Can you guess what movie it was in the US? I scored 27 out of 30. (via mental_floss)

A particularly steep hill caused grief for many competitors at the BUCS Cycling Championships at Moelfre Hall Downhill Track in Wales. If you think the hill doesn’t look all that steep in this video, notice the angle of the spectators.

This is the supercut of movie clips in which someone says the title of the movie. See if you can find the one that was said in the wrong film.

Transform is one WEIRD game. You have to try it -once. Maybe twice, because it changes depending on how fast you go.

A classic from National Lampoon: Nancy Reagan's Guide to Dating Dos and Don'ts. Guaranteed to frighten any gullible person "twixt twelve and twenty".
Posted by Miss Cellania at 3/23/2011 05:16:00 AM