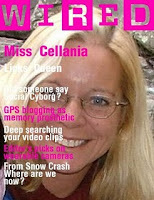 National Geographic has a new infinite photo project online called Tropical Island. You can select an area and click to zoom in on more images of native creatures, and then click again to zoom on more! (via Metafilter)

Did you read the story about how scientists found bacteria inside a meteorite? Too bad the facts aren’t there. It’s not the first time this has happened, either.

"White Evangelical Christians are the group least likely to support politicians or policies that reflect the actual teachings of Jesus."

There is a movement among those who study such things to refer to the current stage of geologic time as the Anthropocene epoch, or “age of man.” Does the presence of man make that much difference in the geologic timeline?

The Saga of the Scientific Swindler! (1884-1891) Even educated eggheads can be taken in by a charmer who can smooth-talk the jargon. (via Boing Boing)
Why are there 9 Supreme Court Justices? (And why have a Supreme Court at all?) The short answers are “no particular reason” and “because we need it.”

Raymond Daniel Towler was imprisoned for almost 29 years for a crime he did not commit. He was exonerated by DNA testing in 2010, but so many years behind bars makes the world hard to catch up with. (via Boing Boing)

Daniel “Professor Funk” Keogh explains the Placebo Effect. Who knew they could save your life -or cause withdrawal symptoms?

See the most realistic android yet: the Geminoid DK. If you didn’t know going in, how much of the video would you watch before figuring out he’s a robot?

You know those standardized tests that determine whether schools are closed or teachers receive bonuses or which child gets left behind? Yeah, those. Have you ever wondered who grades those tests? (via Metafilter)